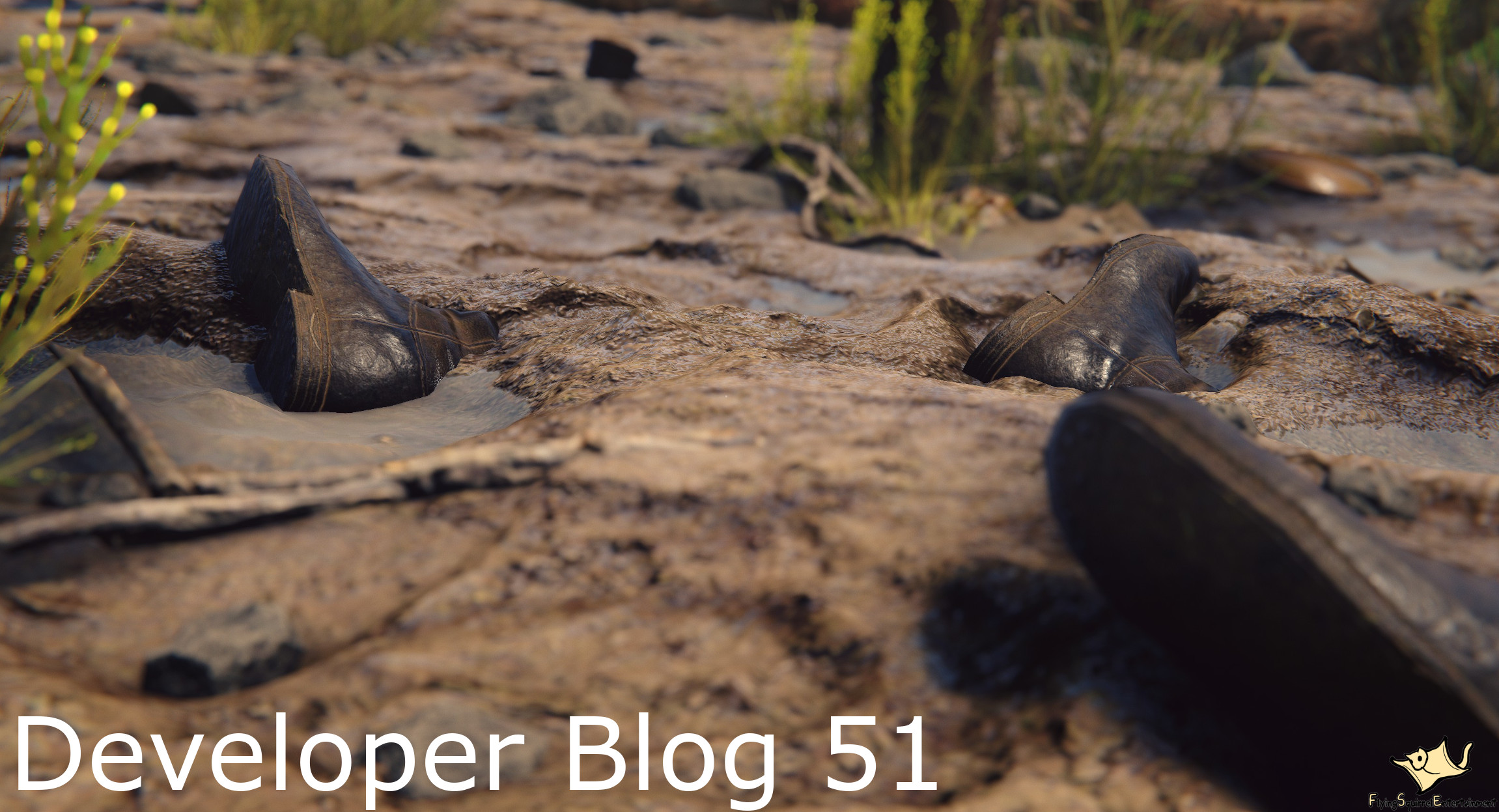 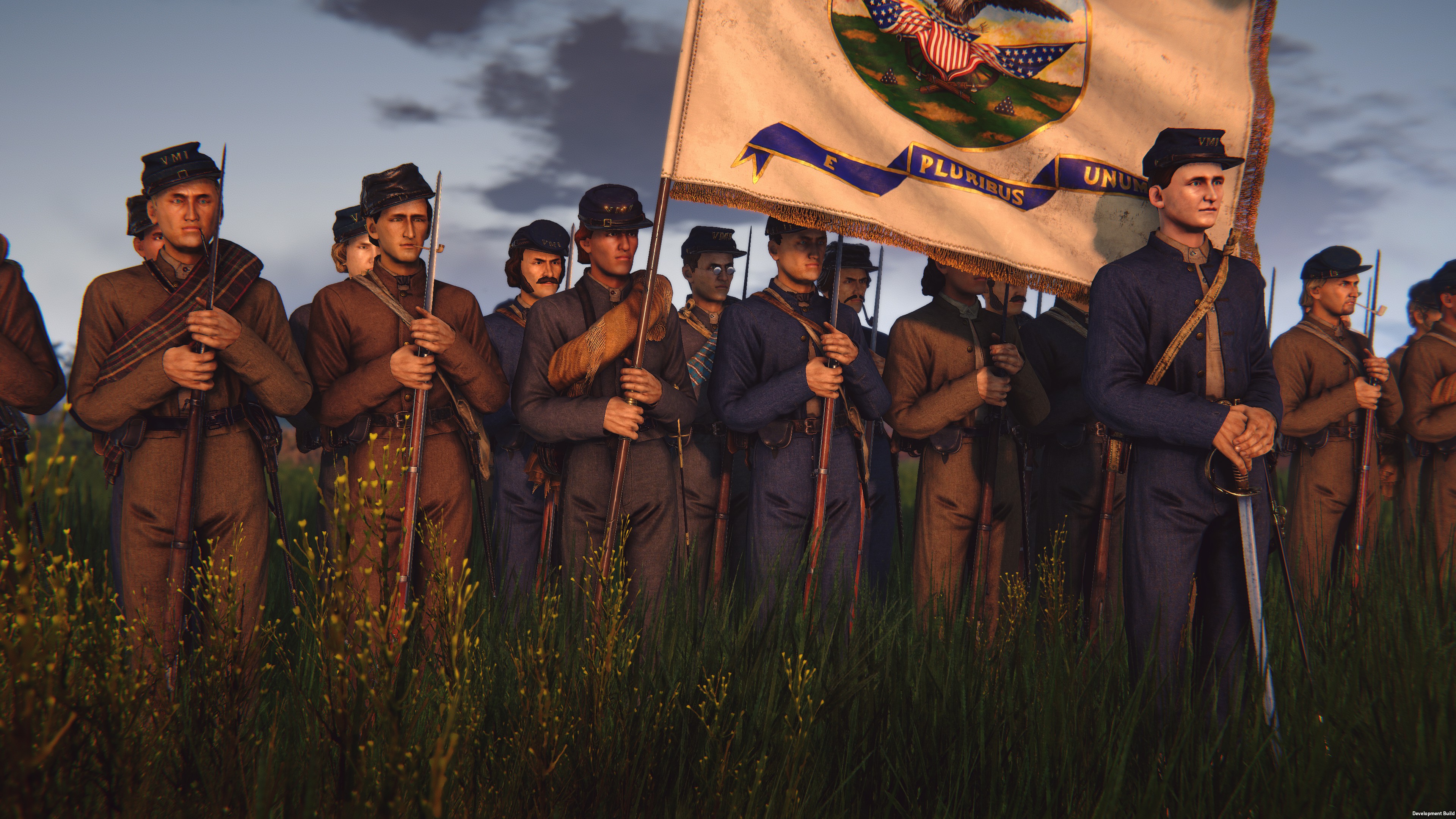 Regimental Structure
Due to the nature of the Virginia Military Institute being a military college, the regimental structure in-game will be quite different to that of any other regiment included in Battle Cry of Freedom.

Historically, companies within the V.M.I. were almost entirely made from cadets, with the Captain, the Sergeants and the Corporals chosen from the cadets. The only non cadet member of the company would have been a “Tactical Advisor”, a commissioned officer from the Confederate Engineer Corp. Although actually a Captain, the Tactical Advisor acted as 2nd Lieutenant and was tasked to advise and supervise the cadets.

Similarly, most other ranks within the battalion were filled by cadets. Overall command over the battalion; and the Virginia Military Institute as a whole, was held by a Lieutenant-Colonel from the Confederate Engineer Corp.

Cadet Uniforms
V.M.I. Uniforms were strictly regulated in terms of cut, but due to cloth shortages in the Confederate States, cadets had to bring their own cloth from home. Trousers had to match coats in color. As many of you may be aware, during their famous charge at New Market, many of the cadets got stuck in mud and lost their shoes. To represent this, we have decided to add the option to go barefoot. Regulated V.M.I. headgear was a blue kepi or forage cap, with the brass letters V.M.I. attached.

The V.M.I. carried no knapsacks and instead opted to pack their personal belongings rolled up inside their blankets, which were also brought from home. In addition to the blanket, cadets would have worn a white canvas haversack and a metallic or wooden canteen, sometimes inscribed with their initials.

As the cadets left their parade uniforms at the institute when going on campaign, V.M.I. cadets had no special insignia marking their rank, other than trouser piping. The largest difference between an Enlisted and a Captain would have been a different set of leatherworks, as a Captain would be required to carry a sword. Talking about leatherworks, cadets carried a mix of American Leather and many of the cadets carried Austrian bayonet scabbards. Cartridge boxes often featured brass plates with “V.M.I.” stamped into them and all cartridge boxes were directly attached to the waist belt instead of being hung from a sling.

Tactical Advisor Uniforms
All Tactical Advisors at the Virginia Military Institute were from the Confederate Engineer Corps, and being commissioned officers, they had more freedom in regards to what and how they wore their equipment. However, the average Tactical Advisor would have likely worn a Confederate Officer's Frock Coat, with or without buff collar and cuffs (The color of the Engineer Corps), and likely would have kept their rank insignia on their Uniform. Trousers and shoes might have been privately purchased or issued, but there is no telling what the average officer would have worn.

The headgear would have either been a regular V.M.I. kepi or a leftover hat from the Engineer Corp, likely with buff piping or bottom. Tactical Advisors would have worn a leather waist belt with a Virginia plate, and might have attached a pistol holster and cartridge box. Tactical Advisors probably wore officers' haversacks and a metal or wooden canteen, often with a protective cloth cover.

Cadet Weaponry
Historically, by 1863 all cadets were issued with the Austrian .54 cal. Lorenz Rifle and bayonet. However, it is not impossible that some cadets were issued with the Model 1851 Cadet Musket. This musket was specifically made for the Virginia Military Institute and technically was a downscaled Model 1842 Springfield, reducing the length and weight of the musket by shrinking it from .69 cal to .54.

Additionally, all cadets acting as captain or sergeant would also have been issued with the Model 1841 noncommissioned Officers Sword. Historically, none of the cadet captains would have been issued with any other sidearms, but it is feasible that at least some of them might have carried a pocket revolver. As all other officers in the game have access to revolvers or pistols, we decided to give cadet captains access to a couple of pocket revolvers. (Pictures do not represent all of the available weaponry)

Tactical Advisor Weaponry
Tactical Advisors are technically no different to other officers in other regiments or branches of the military and as such do not have access to any special weaponry. They will have access to an officer's sword as well as a selection of revolvers. (Pictures do not represent all of the available weaponry)

Stay tuned for future updates here or on our Social media, as we have a lot more content coming in the near future. We look forward to seeing you on the battlefield very soon!