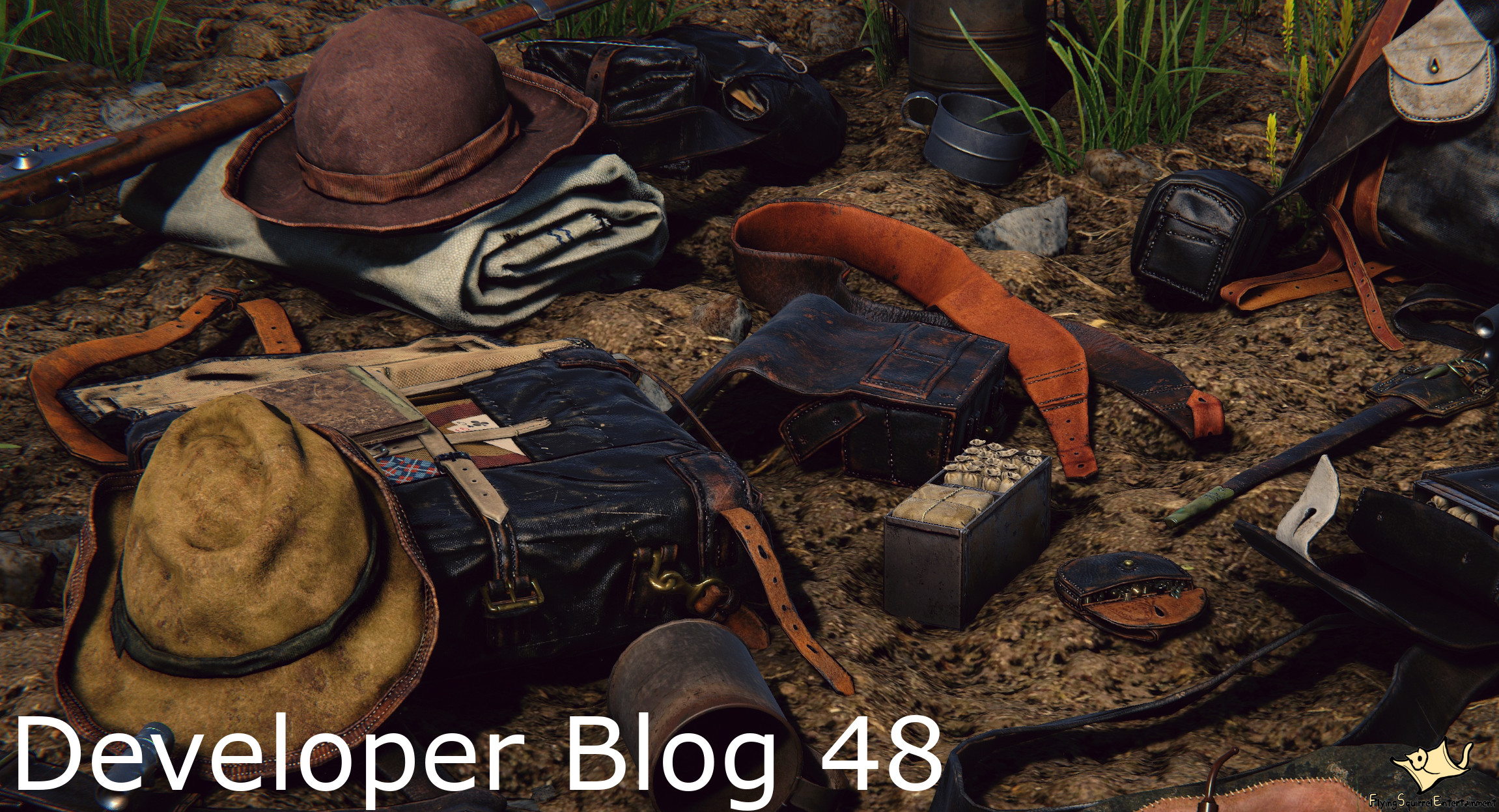 BCoF - Developer Blog 48
Dec 17, 2021
Hello there and welcome back to another developer blog for Battle Cry of Freedom. It's been a while, but rest assured, we will be posting a lot more often in the near future. Today we’ll be talking about one of Battle Cry of Freedoms unique features - Uniform Customization.

By the way, we have a Discord Server! You can talk to us directly about the game there.

Character and Face Customization
Before we talk about the uniform customization in more detail we would like to briefly talk about the face customization featured in the game.
To stay historically accurate and to honor the men who fought in the Civil War, we have implemented a very unique game mechanic. In Battle Cry of Freedom your profile is always associated with TWO faces. The white character will be used when playing as a regular Union or Confederate Soldier, while the black character will be used when playing as an enlisted or Non-Commissioned Officer in the United States Colored Troops or one of the many African-American Volunteer Regiments, such as the 54th Massachusetts. 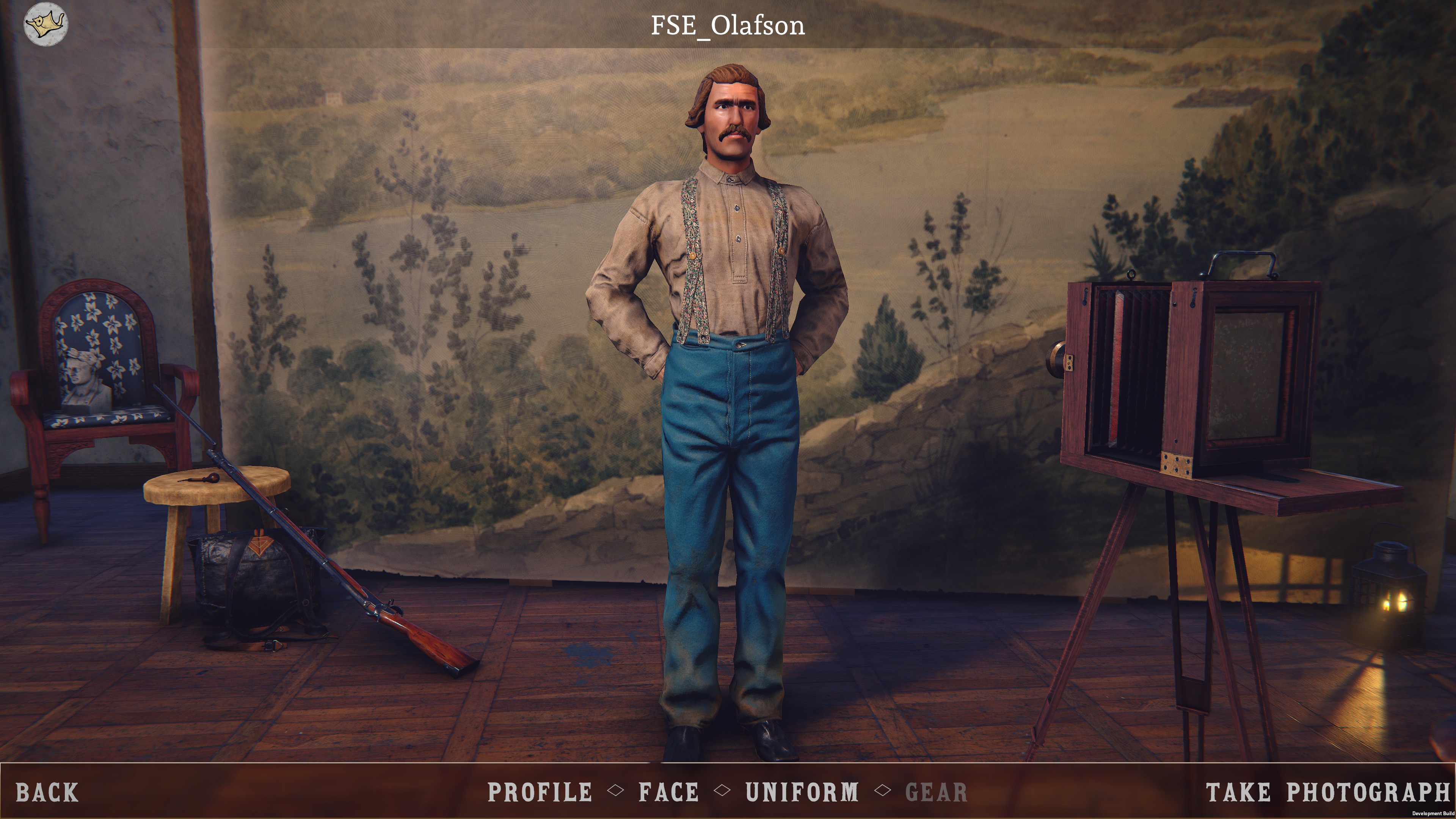 Battle Cry of Freedom allows you to freely modify the look of your character by choosing from numerous faces, haircuts and beards. All faces have been modeled from real world characters, such as Joshua Chamberlain or Francis E. Brownell. Each of these faces can be combined with the haircuts or beards of other characters, for example, Chamberlain's face can be combined with Burnside's beard and Custers haircut. This level of customization allows for an insane number of possible variations, with no two soldiers looking alike. But that is not all! In addition to being able to choose your face, beard and haircut, you can also pick from a number of different glasses as well as other assecoires; such as pipes or cigars.

This brand new profile managing system allows for the dynamic creation and customization of character profiles, putting at your disposal a wide array of haircuts, beards, mustaches and accessories. But in addition to that, you will also be able to pick your voice and accent, as well as a banner that will be displayed on top of your head and will help teammates identify you from a distance. We also included a feature that will take a really cool looking photograph of your character, which you could use as a profile picture on the Forum or Discord. 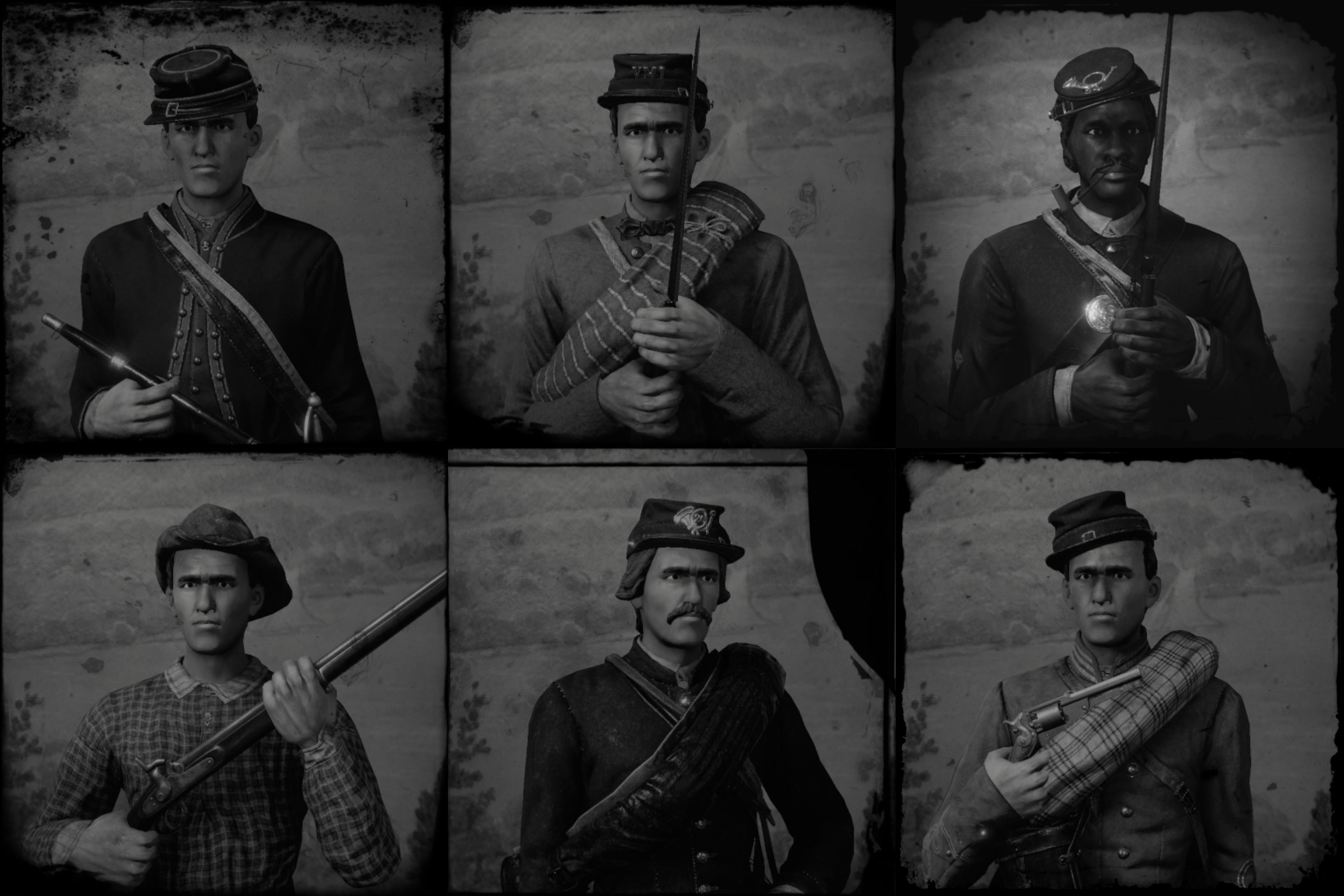 Uniform and Loadout Customization
The regimental structure in the game will be very different to what you have seen in other games before. Most games focus entirely on the CO-NCO-Private-Musician aspect of the regiment. They do not offer options for different companies, or ranks above the Captain rank. In Battle Cry of Freedom, we instead opted for a more advanced system. Each Regiment is split into several companies. Each of these companies has different unit slots available for the player to choose from. And each of these units has its own set of selectable weaponry and ammunition. The UI will inform you of all the most important stats for the available weapons and ammunition so that you can make an informed choice on what to bring to the battlefield. 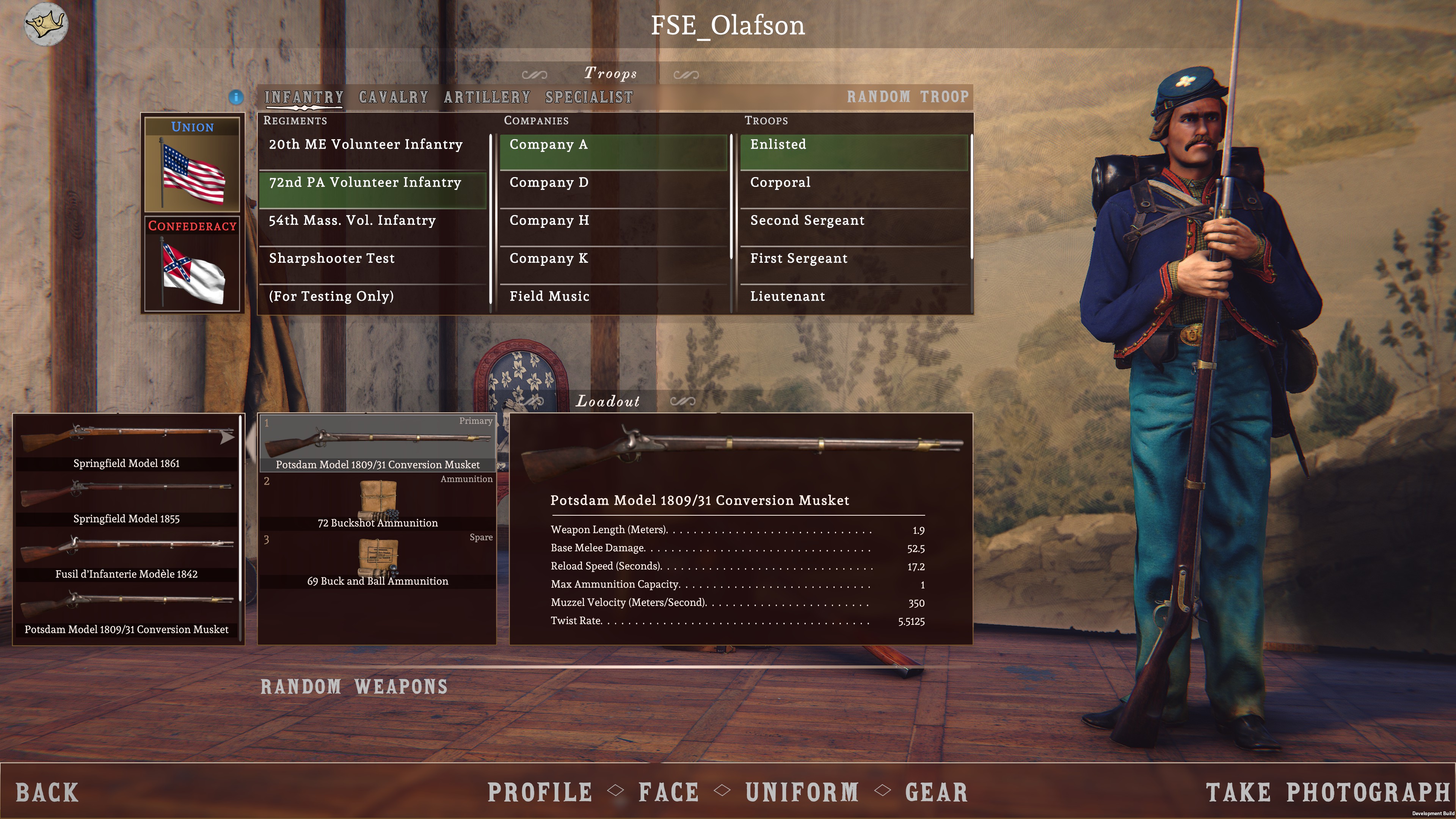 In addition to being able to modify the loadouts, you will also have access to customize the units uniform from there. Clicking on the "Gear" button will bring you to a new sub-menu in which you you can modify the uniform in detail. Here you can customize your uniform down to the color of the socks, pick from thousands of historically accurate uniform and equipment pieces, choose from different shoes, coats, hats and more.

2021 Indie of the Year Awards via Indie DB
Stay tuned for future updates here or on our Social media, as we have a lot more content coming in the near future. We look forward to seeing you on the battlefield very soon!