Home / Battle Cry of Freedom / About

Battle Cry of Freedom, brings brutal real-time first and third person combat set in the 19th Century America, presenting players with the opportunity to re-fight the American Civil War as either the Union or the Confederates.

BCoF will feature a wide range of Troop Types, ranging from the common soldiers to musicians and artillery, all with their own purpose and tasks. Also make sure to check out our FAQ. 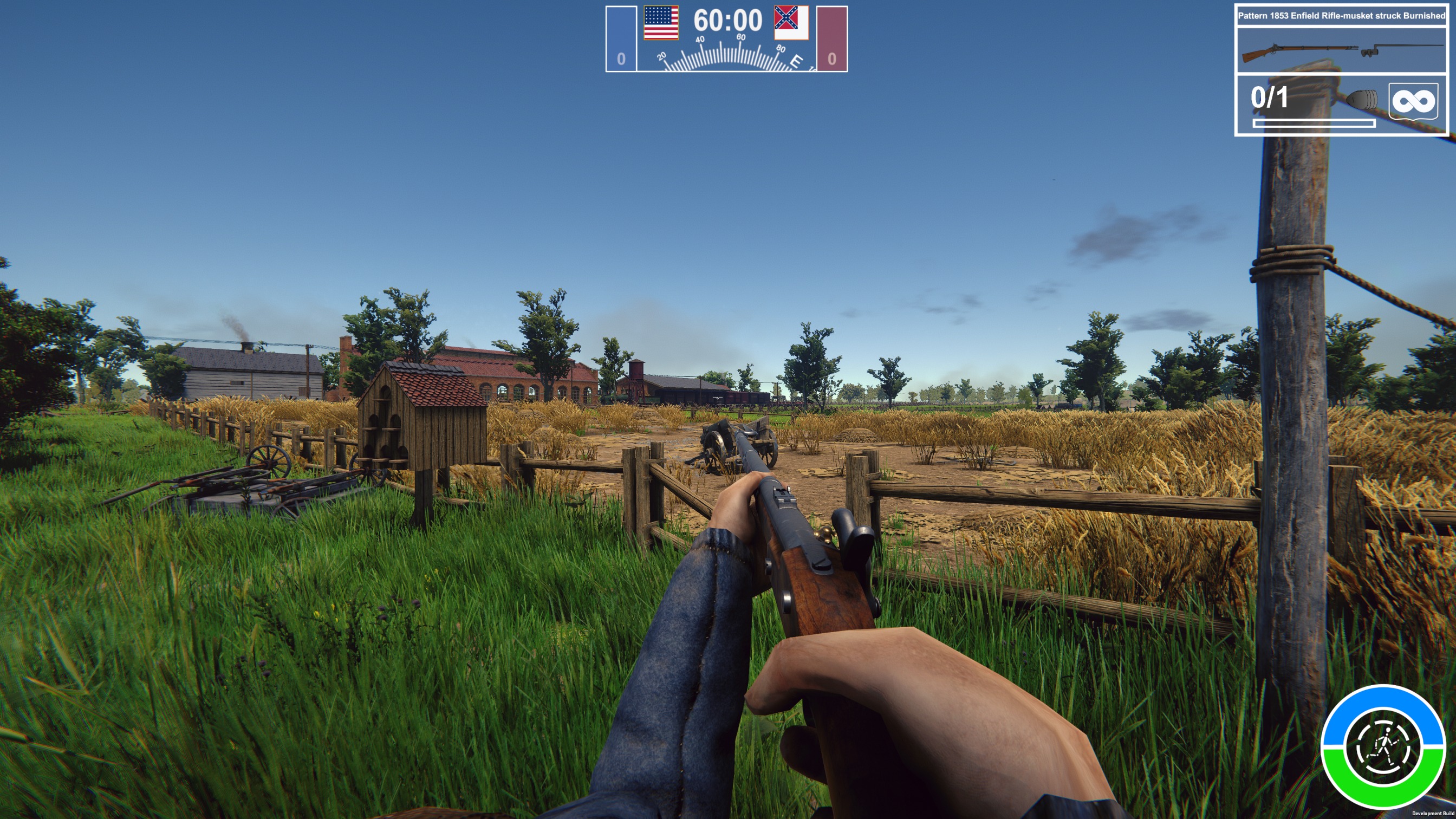 Musician Class
Battle Cry of Freedom will feature 22 new tunes that were recorded with the help of the United States Army Old Guard Fife and Drum Corps and will be available to the musician class of both the Union and the Confederate States.

Usually we would show you previews of these fife and drum tracks, but instead we have released an album of some of the fife and drum music that will be featured in Battle Cry of Freedom to Amazon, Apple Music and Spotify.

Gamemodes
-Battle
Every player has one life per round. To win, kill everyone in the enemy team before time expires. The round ends in a draw if time runs out.

-Siege
The attackers must capture the key point before time expires. Optional capture points can be captured to acquire spawns closer to the key point, but do not count towards victory. Defenders have limited amount of lives.

-Team Deathmatch
Kill the enemy team until your team reaches the necessary score to win. When time expires, the team with the most kills wins. If tied, it is a draw.

-Deathmatch
Everyone is the enemy, kill them all! The player with the highest score wins.

-Duel
Find another player and challenge them to a duel.

-Capture the Intel
Capture the enemies Intel and return it back to your base. The team that reaches the necessary score first, wins. If time expires, the team with the most points wins.

-Conquest
Capture flags to build up points over time. Reach the score to win before the enemy team does.

-King of the Hill
Whichever team captures the key point in the center of the map first, wins. If time runs out, its a draw.
1,2356
Happy Clients
254
Won awards
2.1245
Total gamers
36
Countries-players
Battle Cry of Freedom MAPS:
TOPOGRAPHICal MAP